State of the Union 2015 Watch Party in Zurich

"What is the State of our Union" and where will it be with the new Republican Congress in 2015? Join us for tea and coffee to watch the pre-recorded 2015 State of the Union Address, with discussion to follow. 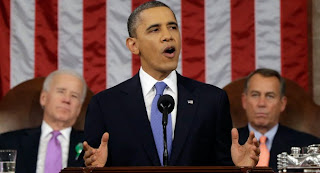 WHERE: Hosted at a Zürich residence near Klusplatz, address will be sent upon RSVP.

Space is limited. RSVP to zurich@democrats.ch