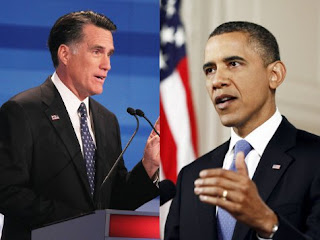 Don't miss the last presidential debate of the 2012 elections.
Democrats Abroad members, joined by the Geneva community, will come together to watch tonight's final debate, replayed tomorrow, in one of University of Geneva's largest auditoriums. With a focus on foreign policy, this debate is especially resonant with American overseas voters and the international community.

Here are some background videos and an interesting article to get you geared up for the debate. President Obama's leadership has made America stronger, safer and more secure than we were four years ago. Mitt Romney has nothing to offer in tonight's debate but more bluster, a record of blunders and a commitment to endless war.
On Romney's blunders: http://youtu.be/FOatTWJAlpI
On Romney's approach to foreign policy: http://youtu.be/x-jY7ZkRqb4
Foreign Policy Superbowl: 50 questions for Obama and Romney: http://www.foreignpolicy.com/articles/2012/10/19/the_foreign_policy_superbowl

Volunteers will be on hand to help with any questions related to your absentee ballots. In addition, there will also be volunteers selling tickets to the Switzerland for Obama 2012 Election Night Party, for those who prefer to buy your tickets in cash (rather than via Paypal online). Get your ticket before the event is sold out! Look for the volunteers handing out flyers.

The debate screening will start at 19:00 and be preceded by clips from recent episodes of The Daily Show with Jon Stewart and The Colbert Report. Democrats Abroad and Republicans Abroad will be available for questions and discussion after the debate screening.

Some additional information about the debate from www.debates.org, for those interested:
TOPICS FOR THIRD PRESIDENTIAL DEBATE ANNOUNCED BY MODERATOR
Bob Schieffer, moderator of the third 2012 presidential debate, has selected the topics for that debate, which is on foreign policy.  Mr. Schieffer stated:
Subject to possible changes because of news developments, here are the topics for the October 22 debate, not necessarily to be brought up in this order:
America's role in the world
Our longest war - Afghanistan and Pakistan
Red Lines - Israel and Iran
The Changing Middle East and the New Face of Terrorism - I
The Changing Middle East and the New Face of Terrorism - II
The Rise of China and Tomorrow's World
The debate will be held on Monday, October 22 at Lynn University in Boca Raton, FL.  The format calls for six 15-minute time segments, each of which will focus on one of the topics listed above.  The moderator will open each segment with a question.  Each candidate will have two minutes to respond.  Following the candidates' responses, the moderator will use the balance of the 15-minute segment to facilitate a discussion on the topic.  All debates start at 9:00 p.m. ET and run for 90 minutes.