NOTE: the venue for this event has changed to Wings Bar (Rue du Lièvre 4, 1227 Les Acacias) 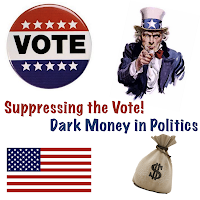 Are you concerned about the power of big money in the 2012 election? Did you think that Democrats had fought and won the battles against voter suppression? Come watch two short documentaries, Dark Money and Voter Suppression, with Democrats Abroad Switzerland.


Dark Money in Politics with Bill Moyers explores the power of money in politics and, in particular, the role of the superPacs. Bill Moyers conducts his interviews with Thomas Frank, author of "What's the Matter with Kansas" and "Pity the Poor Billionaire," along with two Mother Jones Magazine editors and campaigners in his usual insightful style. It is a riveting exposition of a critical issue for this election year and for US democracy. http://billmoyers.com/episode/full-show-dark-money-in-politics/

Everyone is welcome!
Questions: events@democrats.ch 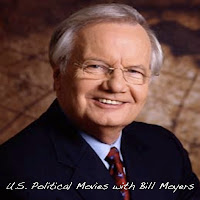 Suppressing the Vote with Bill Moyers The proliferation of GOP-sponsored voter ID laws - ostensibly to address a problem of voter fraud for which there is no evidence - are clearly intended to have the effect of denying the vote to swathes of Democratic supporters, including the poor, African Americans, Hispanics, young people and urbanites. These efforts to disenfranchise American voters on a scale not seen since the era of the poll tax, grandfather clauses, literacy tests, etc. are being challenged in the courts. http://billmoyers.com/episode/full-show-suppressing-the-vote/

Date: Wednesday, 26th September 2012
Time: 7:30 p.m.
Where: Wings
Address: Rue du Lièvre 4, 1227 Les Acacias (Carouge) http://goo.gl/maps/jaQ7q
Public transport: Tram Stop Acacias
Parking: Available in the vicinity
Admission: Free
------
Voter registration volunteers will be on site to register you to vote. Save time and register yourself at www.VoteFromAbroad.org, bring the document and we will review it with you if you have questions. Voting deadlines are coming up, so act now!