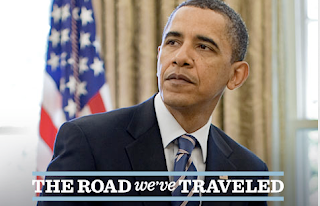 Come together with fellow Obama supporters to watch a new documentary about the first three years of the Obama administration. Produced by Davis Guggenheim, producer of “An Inconvenient Truth”, “The Road We’ve Traveled” is a fantastic look at the progress we’ve made and the people who have led throughout. Find out how you can get involved in the campaign and make a difference in the election.